The Junior Varsity League Playoffs will be moving forward at the same time as the State Hockey Tournament in Lewiston and there will be a number of exciting games this weekend.  In the Wakelin Division, Portland/Deering registered an upset victory over Cheverus last week and will face them again in the semi-finals while high-flying Windham/Westbrook will face off against South Portland/Waynflete/Freeport.

In the race for the Casavant Memorial Cup, #1 St. Dom’s looks to be the team to beat, but defending champion Falmouth shut-down NYA last week 4-0 and does not appear ready to relinquish ownership of the Cup.

The winners of this Friday’s games will play in the Championship games on Friday, March 10th.

*Teams not in the finals will be scheduled for consolation games between 3:50 and 6:00 pm.  Please see the JV Schedule Page for more information. 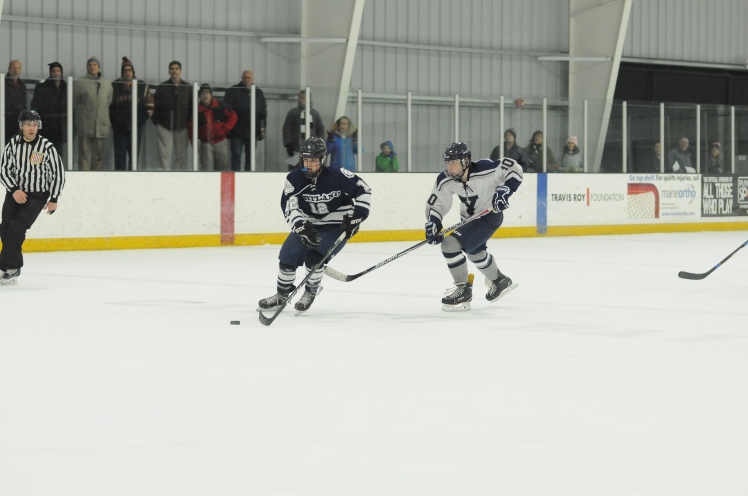