As Canada’s official national sports, box lacrosse and hockey have a rich history. Thousands of past and present NHL players honed their hockey skills through box lacrosse.   As Wayne Gretzky noted:

If a sport has a high point of the year, it must be the first week of spring. When I was growing up, I used to love this time of year. It was when I put my hockey equipment away and I was absolutely ecstatic to see the end of the hockey season.  I could hardly wait to get my lacrosse stick out and start throwing the ball against the walls and working on our moves as we played the lacrosse equivalent to road hockey.

All the good hockey players seemed to play lacrosse in those days and everyone of them learned something from the game to carry over to the other.

To expose players to box lacrosse, the Casco Bay Arena has teamed up with Yarmouth Lacrosse Boosters to sponsor the 1st Annual Casco Bay Box Lacrosse Tournament at NYA.  For more information regarding the tournament and box lacrosse, please go to CascoBayLax.com.

Can you find Wayne Gretzky in this team picture? 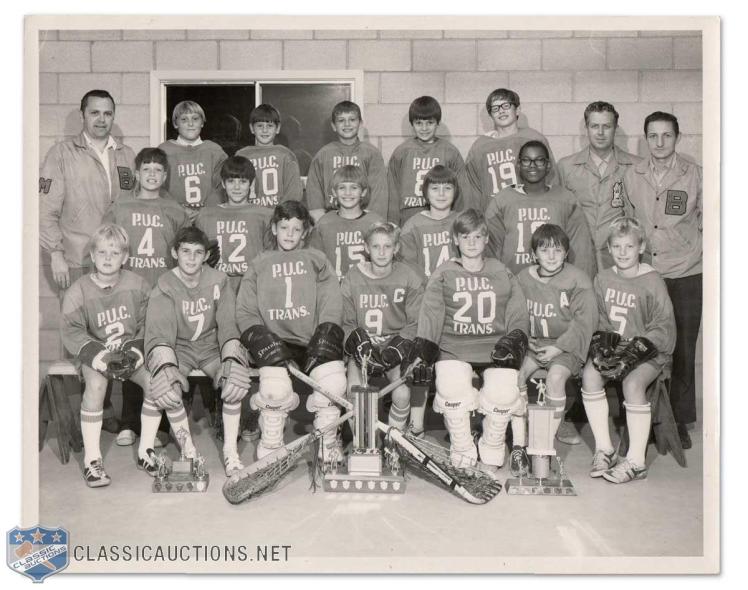